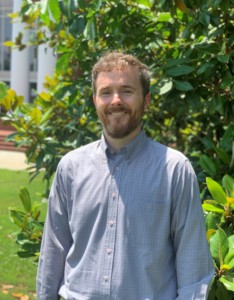 Rev. Preston JonesSenior Pastor
I was born and raised in Bluff Park, Alabama. Church was a big part of my family’s life. I attended Samford University and majored in History. I had no plans of going into Church ministry but after college, I began to wrestle with that calling. After 3 years of wrestling with the calling I decided to go to Mercer University, McAfee School of Theology to get my Master of Divinity. The best thing I got out of New Testament class was my wife Eydie. We are a clergy couple We married in Atlanta and a few years later our son Jackson came along. Eydie used to serve at FBC Jasper for four years as the Associate Minister to Families.
Rev. Glenn A CrosthwaitWorship Pastor 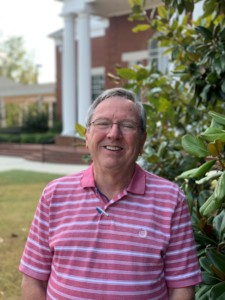 Bill StoneChurch Administrator
I grew up in a magical, blue collar, middle class neighborhood in southeast Atlanta called Lakewood Heights where I attended Lakewood Heights Baptist. My pastor was William Rainwater. We were blessed to have great Sunday school teachers and men who lead us in RA’s and coached church softball teams.

After graduating high school, I went to work with Southern Bell in Atlanta. Three years later I enlisted in the U. S. Army and served 18 months overseas tour on Okinawa and in Vietnam and Thailand after basic and advanced training. I served my last year of enlistment in New Jersey.

After my discharge from the Army in 1969, I returned to work at Southern Bell. In 1971 I met and married Diane Griffin. We have two sons, Kevin, and Troy. For much of our years as a family we lived in Lithia Springs, Georgia where we attended Lithia Springs First Baptist Church. Our pastor was Marion Beaver, a wonderful man who was active in ministry into his 90’s. I was ordained as a deacon there and was blessed to be surrounded by many saints in that congregation.

In 2001 we moved to Pickens county. After visiting several churches in the area, we decided that First Baptist of Jasper felt like home. We were so lucky to land in the Fellowship Sunday school class which has played a major role in my life. In 2005 Diane died after a courageous two-year battle with cancer. This church helped me get through those two years and the subsequent grief that ensued.

I met Edie Jones, who worked at the fitness center that I attended, and we discovered many shared bonds. Edie had lost her husband and was spending a great deal of time caring for her sister, who was also dealing with cancer. Edie and I were married in September 2006 and are having a wonderful life together. Our family now consists of four sons and ten grandchildren.

Erin Lovern MartinDirector of Children's Ministries
Erin Martin is a native of Jasper, Georgia and a 2001 graduate of Pickens County High School. Although she now resides in Dawson County with her husband Phil and her three children Shelby (13), Maggie (10) and Sawyer (7), she remains closely connected to the community as her parents, David and Sheila Lovern, and grandmother, Ruth Lovern, all still live in Jasper. Erin is currently a preschool teacher at First Baptist Church of Jasper and also taught prior at Bethel United Methodist. She is an active volunteer in both Pickens and Dawson counties and enjoys spending her free time cheering her children on at various sporting events and spending time with her extended family. Erin is excited to step into the role of Director of Children’s Ministries here at FBCJ and is looking forward to meeting all of the children and families who will be involved in children’s programs throughout the year. Erin greatly enjoys sharing her love of Christ with children and is excited to be an active part of this ministry.
Joy HuddlestunOrganist

Melanie McCurdyPianist
My mother was a Sunday School teacher at Second Baptist Church in LaFayette, Georgia when I was born in 1952. My first church experience was hearing my mother’s voice as I lay on a pillow on Mother’s desk, in her Sunday School room, as she taught. I have been in church ever since.
I cannot remember ever not having the desire to play piano. I received a toy piano, (which resembled an upright), for Christmas as a very young child, and I’m sure I must have run Mother crazy as I banged out ‘hymns’ on it. Visitors to our home were dragged into the back bedroom and regaled by whatever hymn I was enjoying that day. Finally, when I was a fifth grader, my parents purchased a Wurlitzer piano, (which I still have), from a family of friends down the road from us: their son had studied, and was grown and gone, so they were looking to pass it on. Thus began my piano adventure. Even when I experience the loss of teachers who moved away or left this life, I never stopped playing.

Next adventure, after graduating high school in 1970, was entering Shorter College. I began as a voice major, piano minor, but after a year of many sore throats I doubted that I was on the correct path. The summer after my freshman year, our church, (FBC LaFayette), installed a brand new Allen organ and I studied with our organist that summer. When I returned to Shorter in the Fall, I changed my major to Church Music with Organ as my major and piano as my minor. Also in the Fall of 1971, in the incoming Freshman class was a young man by the name of Carl McCurdy; and as they say, the rest is history. Carl and I married in 1973. Beside being an incredible marriage partner, he is a terrific musical companion whose talent and musical knowledge and intuition and musicality make me a much improved musician. I have learned much from him over these many years as we have served together.
Also during my Shorter experience, I came to know David Stuart and Joy Huddlestun who have remained very close friends, and whose friendship I cherish. We served together in the Baptist Student Union as David Stuart directed the BSU choir and Joy and I accompanied. Carl served as instrumental ensemble director and trumpet soloist.
From Shorter, Carl and I moved to Birmingham, Aabama where Carl entered The University of Alabama Medical School and I became organist/ music assistant at Central Park Baptist Church, where I served the four years while Carl finished medical school.
The next three years we spent in Columbus, Georgia, where Carl entered Family Practice Residency at The Medical Center. Part of the three years I was organist at Buena Vista Road Baptist and the last part we were members at FBC Columbus.
Upon the completion of Carl’s residency program, we already had a ‘home’ in Jasper, Georgia. We had met Dr. Perrow during our Shorter years thanks to David Stuart. We had visited several times and attended church at FBC Jasper, where we got to know folks and felt at home. We moved to Jasper in June of 1982 and Carl began his medical practice as a family physician in Dr. Perrow’s office in July. In the Fall of 1982, Willie Merle Robinette decided to retire from her role as pianist on Sunday evenings and I was invited to step into that role. Some months after that, Deanne Gooch decided she would also retire from her role as pianist on Sunday mornings. This also became my role. It has been an honor to follow both of these dear ladies.
It has been, and continues to be, a joy for me as I serve and enable worship as I worship myself at the piano. It is my mission to minister through my music as I offer it to others as well as to myself. I have worked with many wonderful musicians during these years, including my fellow red-head and cohort, Joy Huddlestun, for whom I am beyond thankful.
Of course, when David hired me all those years ago, he knew he was getting a package deal with Carl along. And David is very welcome for all these years of trumpet descants and solos. It has been our pleasure as we serve together.
And the adventure continues……
Thanks be to God. 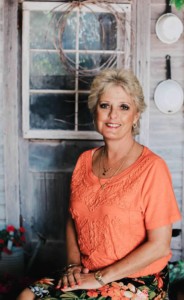 Lana CallahanPreschool Head Director
Lana Callahan was born in Arkansas but spent most of her life here in Jasper. She has been married to Marty Callahan for 30 years. She is a long-time member of First Baptist Church and was recently elected Secretary to the Deacon Board. Lana and Marty have two grown daughters; Abbey works at Georgia Tech and Claire recently graduated from University of North Georgia. Lana taught in Pickens county for many years, including elementary, middle, and high school. She brings considerable experience and knowledge to the position of Head Director and is very excited for all the things to come at FBCJ Preschool & Kindergarten. 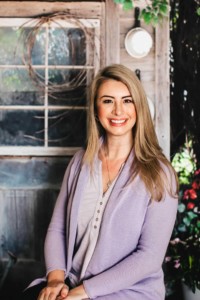 Samantha DunnPreSchool Assistant Director
Samantha was born and raised in Jasper, GA. She has been a member of First Baptist Church of Jasper since she was 12 years of age. Upon completion of High School, Samantha obtained her Bachelor of Science in Management from Georgia Institute of Technology. Prior to joining FBCJasper Preschool, Samantha worked as Project Manager for McKesson Healthcare. Samantha is married is Matthew Dunn and has two children Madison and Molly Dunn.

Her interest include traveling around the world, cooking and competitive clogging. Samantha has deep ties to FBCJasper Preschool and cannot wait to build upon the great legacy already established.